A Brief History of the PID

A Brief History of the PID

How a tinkering home barista revolutionized the coffee industry

The PID controller is one of the most impactful technological advances in espresso machines in the last twenty years. But what is it exactly, and how did it wind up inside pretty much every modern espresso machine? To answer these questions, we took a look back into the history of espresso geekdom, to a time when innovative home-users were helping push the industry forward, and Seattle’s Espresso Vivace was on a fanatical search for temperature stability.

The acronym “PID” stands for “Proportional, Integral, Derivative.” PID itself is actually a set of equations used in many industrial control applications—from aerospace engineering to energy generation to beer brewing—the small electronics box that is referred to as a PID controller is simply a physical representation of the algorithm. This algorithm allows for precise control of multiple system variables, like the temperature of an espresso brew boiler.

Before PID controllers, espresso boiler temperature was controlled by thermostats or pressurestats—small, simple mechanical devices that turn the boiler on when it dips below a certain temperature, and back off once it reaches the desired temperature. These systems worked, but they weren’t very accurate. The boiler had to cool down below a set temperature before turning on, and continued heating up slightly past the shutoff point at the top end, making temperature stability quite volatile and difficult to precisely control.

But how exactly did the PID controller wind up in espresso machines? The answer lies within a group of very motivated tinkerers.

A focus on temperature

If you’ve spent any time around Seattle, you’ve heard the name David Schomer.

Schomer is the founder of the legendary Espresso Vivace in Seattle, and is known for being obsessively technically minded. Temperature itself has always been a major focus for Schomer, and sometime around 1995 he began seriously tinkering with espresso machines to achieve a more consistent temperature. He credits Hines Public Market Coffee co-founder John Hornall with turning him onto the obsession. One day after Hornall pulled Schomer a sour shot, he pointed out that the sour taste was because the espresso machine temperature was on a swing outside of the narrow temperature sweet spot.

This piqued Schomer’s interest, and he began to devote a serious amount of time focusing on the impact of temperature on espresso, posting a number of influential blog entries and talking with other dedicated tinkers. 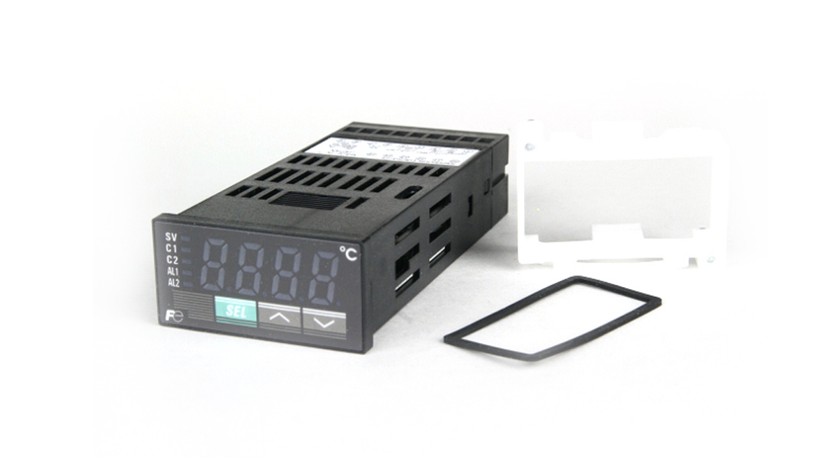 Schomer started working closely with La Marzocco, who set him up with his own “little side tinkering room,” according to Roger Wittmann—his interface at La Marzocco at the time. The quest for greater temperature stability took Schomer in all kinds of directions, including additional boilers, and a coiled hot-water return tube from the solenoid valve that passed through the boiler.

While Schomer was experimenting and beating the temperature drum, an entire community of motivated home coffee drinkers was growing up around alt.coffee, a usenet group that acted as forum, inspiration, and safe-haven for coffee geeks, many of whom lived far away from the very small number of roasters doing good things with coffee at the time.

One of the most well known members of alt.coffee was Andy Schecter. Schecter currently lives in upstate New York and runs a fanatically high-quality tofu manufacturing business. In the early 2000s, Schecter found himself also becoming more and more obsessed about espresso—especially temperature, and drew inspiration from Schomer and others on alt.coffee like Greg Scace (you’ll recognize Scace as the brains behind the “Scace Device” used to calibrate many espresso machines today).

As it turns out, temperature control is also very important in tofu production, and Schecter’s production facility was already using PID controllers for this task. In a moment of inspiration, he hacked a PID controller to fit on the side of his Rancilio Silvia home espresso machine, and announced his results to alt.coffee on February 3rd, 2001, making him the first recorded person to publicly put a PID controller in an espresso machine for the purpose of precise temperature stability. Schecter demurred on the accolade, pointing out that “I only beat Greg Scace by about a week, he had a PID controller sitting on his bench waiting to get rigged up.” 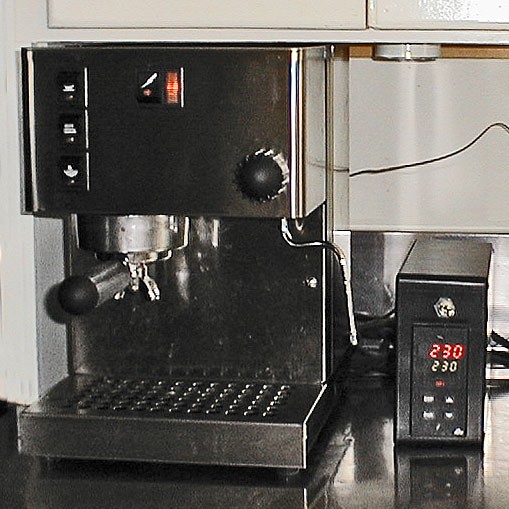 Around this time David Schomer had a conversation with John Bicht, another early technical whiz in coffee who would go on to found Versalab. Schomer says Bicht suggested the PID controller idea to him, and on February 23rd, 2001, after much tinkering, Schomer unveiled his modified La Marzocco Linea, which included a PID controller (amongst other improvements), making it the first commercial machine with PID temperature stability. 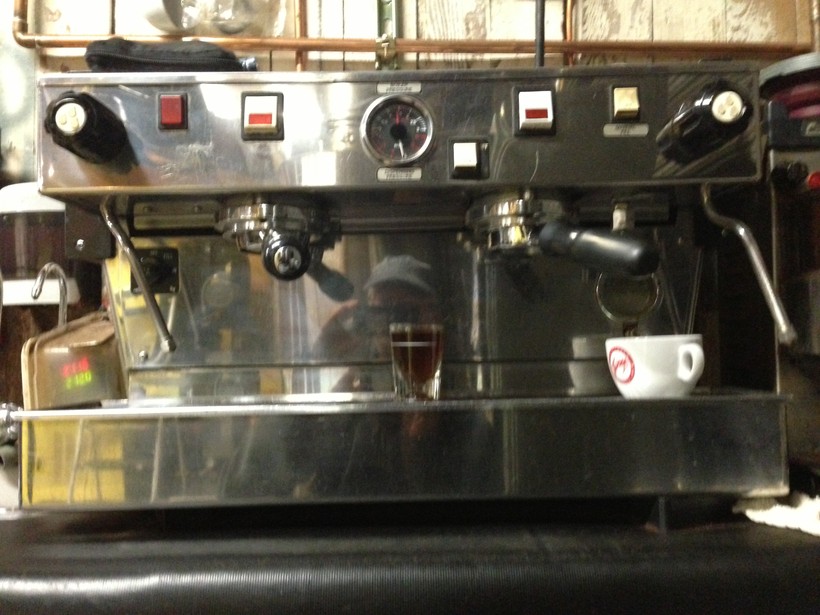 Schomer’s custom Linea, featuring a PID and a host of other modifications

From there, the story of the PID controller gets a bit murky. This was a time of radical changes in the espresso manufacturing landscape, with companies merging and splitting, forming and shutting down. A cottage industry sprung up selling PID controller modification kits for various home and commercial espresso machines, and eventually the technology found its way into the standard architecture of most modern espresso machines. Through it all though, the idea of the PID controller, and its promise of precise temperature stability, remained an obsession for dedicated tinkerers everywhere.